The city of Mitrovica (in Albanian Mitrovicë, in Serbian Kosovska Mitrovica) situated in the North of Kosovo is still as of today prone to a social exclusion along ethnic lines. Since the war and the following violence, the city is divided in two main parts: the south of the Ibar river, mainly inhabited by Albanian people (72,000 inhabitants) and the north of the river, mainly populated by Serbian people (12,000 inhabitants). Members of those two main communities do not live together anymore, do not interact often, and most of them are still afraid to cross the main bridge allowing them to visit the other side of the city. Meanwhile, the city also includes multiple mahallas, neighbourhoods ethnically composed of Roma, Ashkali, Egyptians and/or Bosniaks. Some of these communities are particularly secluded from the rest of the inhabitants of the city, which fuels a vicious circle of prejudice, poverty and underdevelopment.

GAIA’s project in Mitrovica seeks to find solutions to those issues of seclusion and segregated/separated coexistence. We believe that peace starts when you meet the ‘Other’ and discover what you share, rather than what separates you. The volunteers are working on the organization of various events and gatherings that can initiate contact between different groups that do not have the opportunity to meet on a regular basis. From our experience, we know that young people of any background can meet as long as we provide a safe space, and grant them the chance. 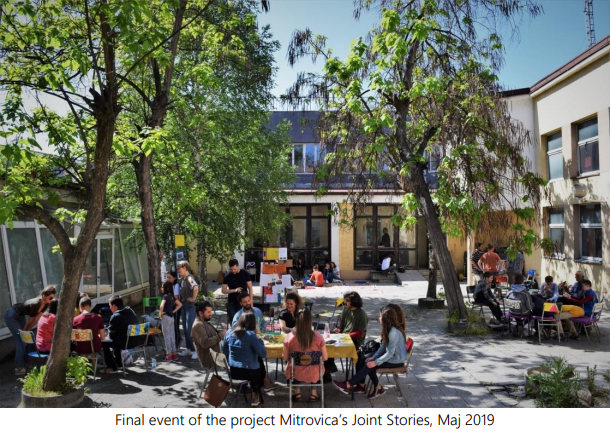 As Mitrovica was an important city for cultural life during Yugoslavia, we want to bring back this spirit to the youth of the 21st century. We want to give the keys, and the motivation, to the local youngsters to participate in this cultural life, and initiate their own projects, come up with their own ideas, and raise their voices. Volunteering is not a widespread practice in Kosovo, but we know that a lot of young people just need a spark to understand that, they also can work for a better tomorrow.

Volunteers of GAIA in Mitrovica live full-time in the city, meet the people, attend events. As new inhabitants of the city, they get to understand the dynamics of the place, to discuss with members of different communities, figure out the various problems in the municipality. The job of the volunteers is also to network with the various cultural establishments of the different parts of the city to boost a spirit of cooperation between the cultural actors around, and to improve the cultural life and its access to everybody. Volunteers are invited to come up with their own ideas, solutions and initiatives to reach all those goals. 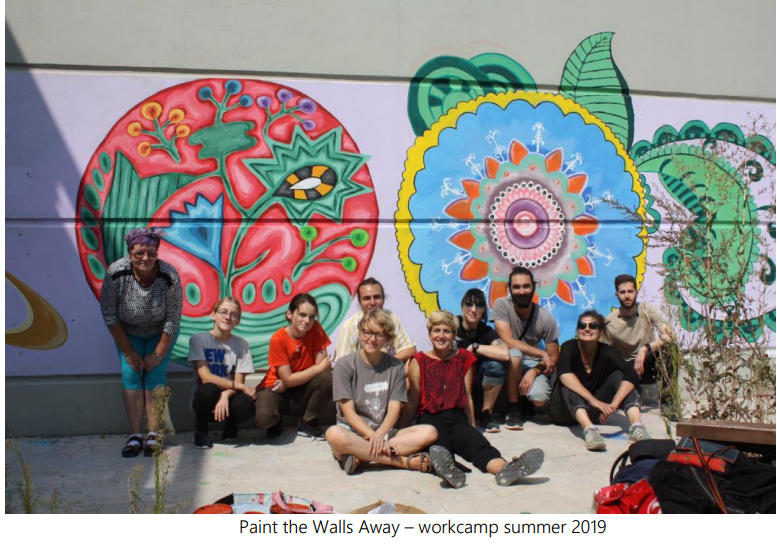 From January to May 2019, GAIA ran the project “Mitrovica Joint Stories”, where the volunteers organized events part of a ‘Storytelling Caravan’, monthly events on both sides of the city where speakers from different ethnic backgrounds came to talk about the city and its evolutions. This was the opportunity to cast a different light on Mitrovica and its past of peaceful coexistence and rich culture, an aspect of the town that most young people in the audience did not experience. This was the chance to share publicly things that senior Albanians, Serbs Bosniaks and Turks used to share together a couple of decades earlier, which is our message of hope for the future.

During the summer 2019, we cooperated extensively with a cultural organisation of Mitrovica called 7Arte, helping them set a garden on their terrace, as well as organizing workshops about environmental topics for kids of the city. Environment plays a central role in GAIA’s mission. We believe it has the potential to bring many people together, in addition to the necessity of fighting against pollution and raising awareness on climate change. That is why we also put the focus on it in Mitrovica.

At the end of the summer 2019, we organized an international workcamp, gathering participants from various countries as well as young people from Mitrovica. Together we painted murals in the city, notably on both sides of the main bridge. We also used the opportunity to remove the racist slurs that were painted on both sides of the bridge. This project was a first for the city, with similarprojects being usually confined to only one side of the river. As of today, the murals are still up on both sides, and another local organisation called ‘Futja ngjyrë’ took the initiative to add their own pieces of art besides ours, also on both sides of the bridge. 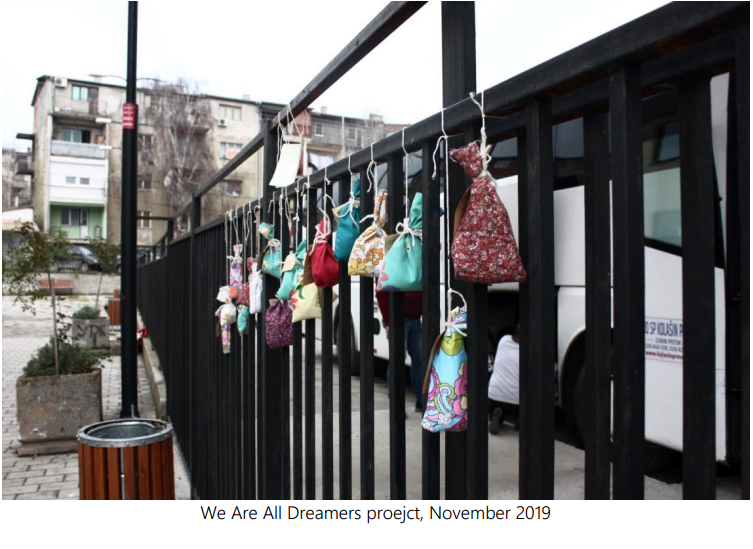 In November 2019, we started doing workshops in schools, where the children would write messages and put them in self-made bags filled with tea, that we would later offer in public spaces on the other side of the river.

This autumn together with the team of volunteers, despite the situation, we managed to open a social space, which is named Social Space for Deconstruction. The social space is run by the team of the GAIA program in Mitrovica and it aims to offer alternative events and activities in the city open to everyone, through discussions, workshops and cultural events; the idea behind it is to create a safe space for informed exchanges that will ignite curiosity and challenge stereotypes. The program of the social space revives around three main themes: Education, Culture and Environment. 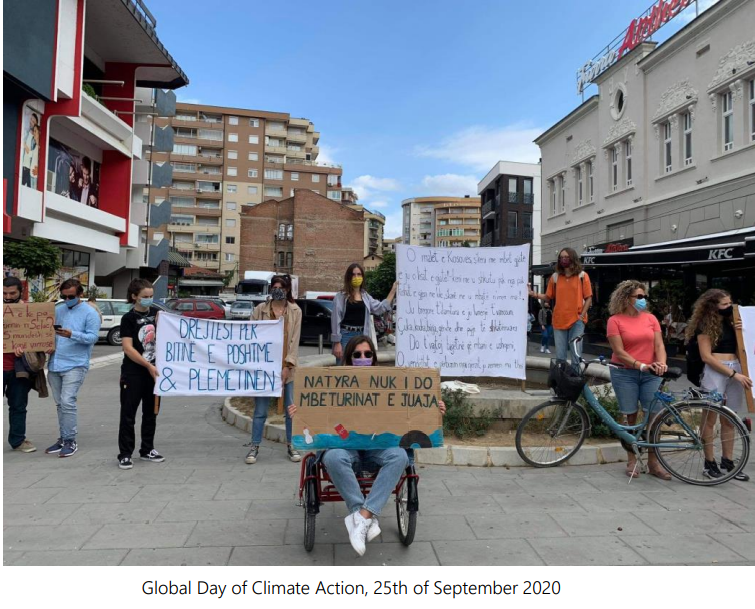 The new coming volunteers will be part of the social space and one of their main occupation will be managing the space with the team. Despite this, our work is also informal: meeting youth on both sides, engaging with them, proposing to them to visit the other side safely with us, etc. We try to build trust with local people, so they accept to meet this neighbour that they sometimes prefer to forget about.
This trust is very important to us, as we try to be as much of a grassroots organization as possible.
The new volunteers coming might also be granted additional tasks such as joining the communcation team of the organisation or doing placement for the workcamps.
Volunteers live in a shared house/flat and mostlikely will share a bedroom with another volunteer. Food at the program is vegeterian and as local as possible.